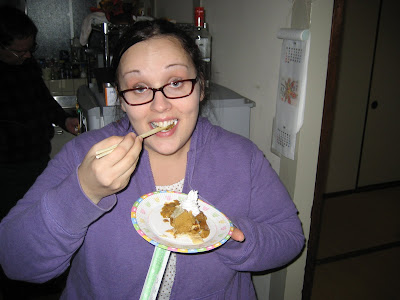 I'm pretty sure at one point I had declared that I would never celebrate Thanksgiving again. I think it was during my high school years. Back when Jon and I would head up to Montreal during the long holiday weekend. Both of us being teenage vegans* (and he being Canadian) meant eating Turkey and hanging out with the folks seemed like a terrible way to spend time off from school. So it was all gay dance clubs, tattoos and lip rings for us. I think I even got my star/feather tattoo on Thanksgiving, to celebrate the Native American heritage on my mom's side of the family. So, yeah, not into Thanksgiving.

But, like many expatriates, I have ended up romanticizing the holidays I was never really into. I don't consider myself jolly or possessing any kind of Christmas spirit, yet I've shelled out $1,000 to fly home to celebrate it this year.

You see, I've spent the last two Christmases in Japan. Alone. On the couch. Trying to get Skype to work. Opening presents from my mom that arrived weeks before but I saved for this day. Really depressing. I guess I can appreciate the holidays now that I'm older and my family is expanding in numbers and in miles.

And then there's Valentines Day, which I've always hated, but since I've learned that in Japan girls are supposed to buy guys chocolate I've totally started to preach the American Valentine's Day doctrine (mostly to Motto, who doesn't care and wants his treats).

So this year for Thanksgiving, Kris and Nao-chan held a little last-minute Thanksgiving potluck dinner at their house. I had been subconsciously preparing for this by hoarding a can of cranberry sauce I bought over a month ago (for half off!) at a foreign food store in Hiroshima. Nao cooked delicious fried tofu and carrots that looked like ebi-tempura. Another friend brought pumpkin pie and a green bean cassorole. I think someone brought a plain doughnut (it was kind of sitting on the table awkwardly). Someone else made mashed potatoes and Shani made fried chicken. No Turkey, no gravy, no pecan pie or football (thank god) but it felt Thanksgiving-esque.

All in all, I was really surprised by how excited I was to see pumpkin pie... and how easy it was to eat with chopsticks!

*Which also means everyone makes a big fuss about what you "can" eat and you have to fight your way into the kitchen to save some potatoes before evil milk and butter gets splattered all over them.
Posted by Jeannetto at 10:20 PM 6 comments: 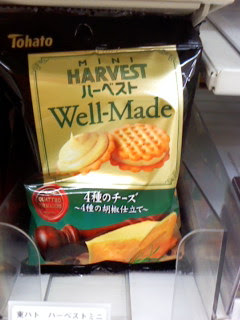 This is hard but, I have been lying to you all. For the last six months I've been boasting about my "perfect" life in Japan. You know, my job, which occupies less than five hours of my day, five days a week. My boyfriend, who dressed as the yellow Go Ranger for Halloween, because he's Asian. My new 27" iMac, where I spend countless hours playing Sims. My sweet little bunny. Yes, yes, an amazing life.

The truth is, everything is not as it seems. Those of you who have followed my Twitter may have suspected as much. I've been bruised, attacked, and terrorized. What we once believed to be a half hamster, half squirrel breed of rabbit is now showing herself to be half werewolf. The other half? We still don't know.

I didnt believe it at first, when a friend who was spending the night over told me she heard a little growl. Even when Raspberry attacked another friend, Yen, I thought she was just scared of an intruder and protecting her pile of pellets.

But, slowly, as these things often happen, Raspberry started turning on Motto and myself. For the first few weeks it was only Motto that got the brunt of the blows. And only when he came home from work at night. She didnt lunge at his ankles and growl when he let her out of the cage in the morning. Only at night. Which is where my werewolf theory is developing from.

Her attacks on me have slowly increased. It seems that when she is in her full fury she cant distinguish one ankle from another. After hours of peacefully sitting on the sofa petting her head and watching episodes of Mad Men together she snaps as soon as Motto comes in the door.

A jealous rage? Maybe. But until she learns English, or I learn rabbit Japanese, I will never know. And she's too clever to let me catch it on tape. As soon as my camera is on she has to "poop" in her "toilet."

Blog followers, let me tell you, the hardest part about all this is the embarrassment. When my students ask me about the black bruise on my ankle and then I have to hear them erupt with laughter when I gesture that my "usagi" did it. But, I know in telling my story I can help others speak out against fuzzy pet violence.

I ask that you respect my privacy during this difficult time and direct all emails to my publicist or manager. And don't tell me to get her fixed. They dont know what that is in this country. 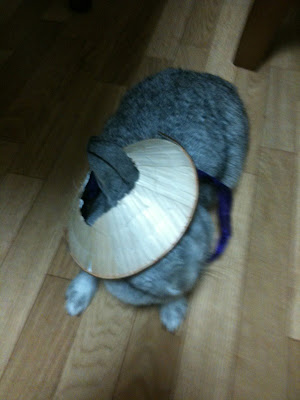 Sorry, Jon, she chewed a hole in the gift you sent her, to give room for her ears to poke through. And good luck when you come visit next month. Two words: wear pants.
Posted by Jeannetto at 12:48 AM 7 comments: 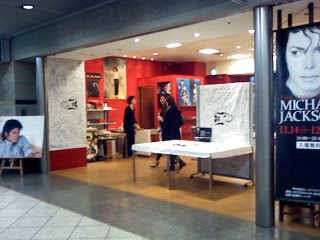 Are these in America, too? This one's in the underground mall in Hiroshima.
Posted by Jeannetto at 11:54 PM 2 comments: 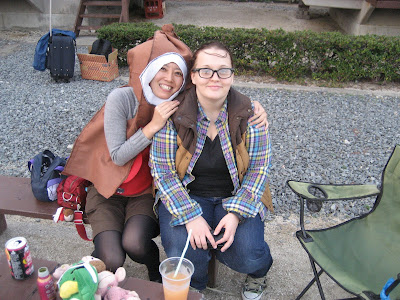 After discovering Otsushima a few months ago with Motto, I knew it'd be the perfect place for a big Halloween party. It's a 30 minute ferry ride from my house, there are cheap cabins, and... it's haunted by WW2 kamikaze soldiers!

Halloween night I rented out three cabins, and a bunch of people came all dressed up and someone even brought a real orange pumpkin! (In Japan you usually only find the small green kind.)

First we explored the tunnels and submarine launching site. Then we drank, BBQ'd and watched campy Halloween movies inside one of the cabins on the curtains using a projector. Everyone bought treat bags filled with candy for each other (mine are hanging on my doorknob so Motto doesnt forget to bring them to his students tomorrow). 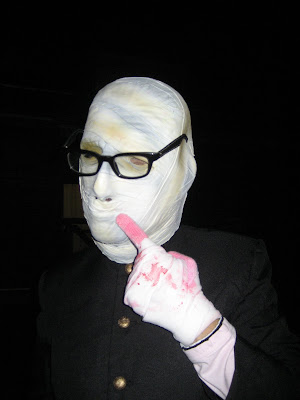 A slightly scary experience: there was a creepy fisherman biking around when it got dark. A few people saw him appear out of the darkness of the tunnel and then say, in Japanese, "give me fire." Someone asked if he meant a lighter and he grunted in approval. Later, at about 3am Nao-chan and I saw him while we were walking back from the peir. He was just leaning on his bicycle between the camp site's showers and kitchen. I screamed! He didnt react at all, and I couldnt even see his face. When I got back into the cabin some people said they heard me scream, so I asked why they didnt come running to save me. Their reply?

"Well, we discussed it and, it sounded like a happy scream."

On a haunted island, nonetheless. 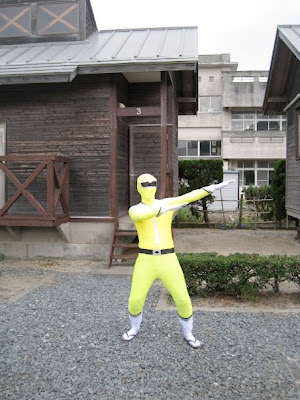 The next day, after I settled my stomach down by throwing up every time I moved my head, a few of us set out for the Kaiten Museum, which was sad and creepy. But, despite that, it was pleasant because the weather was cool and the clouds had cleared after a rainy morning. 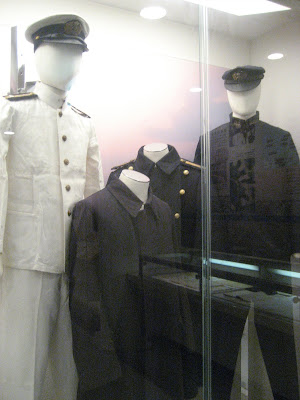 The party continued into the next night, with a few less people, but more cooking, costumes, cocktails and candy.

Jeannetto
Portland, OR, United States
I was born on a warm June morning in Ft. Lauderdale, Florida. I hope to die as far from there as possible.